Though I started teaching piano in September 2009, June 2012 was my very first piano recital as a teacher. I hosted a second recital at Christmastime at a local assisted living establishment. This year, I was excited to have 16 students performing in the recital (doubling my 8 from last year.) They all did a tremendous job.


It made my heart sing to see our church sanctuary filled with at least 100 people in the audience, many were friends and family of my students and some were there as my beloved support system. (If you came just to support me and listen to some lovely music, I thank you from the bottom of my heart.) My mom, grandma and Chuck made the drive from Ohio to encourage me and they did much more than that. Grandma played a 20 minute prelude while families found their seats, and did a fantastic job of entertaining our ears and calming some nerves along the way. Both Mom and Grams helped tremendously by keeping the cookie and punch reception flowing and plates filled. Thanks!! Kevin was my faithful photographer and captured hundreds of phenomenal photos to remember the occasion. And yes, he even played a four handed duet of The Entertainer with Matilda, one of my Middle School students. One very thoughtful florist from our church learned of my recital and coordinated the Sunday floral arrangements with my piano studio colors, and even made pipe cleaner music notes and "Eccles Studio" letters to accent each bouquet. So wonderful! I was thrilled to present two special students with the Annual Awards of Excellence for Most Accomplished and Most Improved Pianists. It was a very hard decision as many of my students showed noteworthy progress and have used their piano skills in more than just personal practice time. After presenting those unique awards, I gave first year (with me) students a music tote bag with my Eccles Piano Studio logo, and to my second year students, I presented these sweet new tshirts. (I wore mine yesterday and already had someone ask about piano lessons! Score!) Way to go, everyone! I look forward to another year of lessons with you (and some newbies, to total 23 students in the Fall...and growing! Yay!) Email ThisBlogThis!Share to TwitterShare to FacebookShare to Pinterest
Labels: Piano

To Beat or Not to Beat [The Strawberry]

Yes, my husband ran a race with me, friends. Yes, I was thrilled and so so proud of him. No, I will never urge him to run again. He has given it a great effort and if he decides to run in the future it will be all him. No more pushing from the wife in the peanut gallery.


I was anxious all week about the race, mostly because I had a really great finish last year and I wanted to PR but wasn't sure I could. I have become a much more controlled runner since enlisting the help of my Garmin Forerunner 305 GPS watch. I strive to keep my pace steady and mile splits negative - a far cry from my last year's race with the first mile at 7 minutes and mile two close to 9. eeek.

Oh yeah, and last year I puked 4 times as I approached the finish line. People remember this stuff. And as good of story as it is (really, I love telling it with gusto!), I was really really hoping I wouldn't feel like barfing. Because that's just miserable. Besides being pretty darn embarrassing.

The shot gun went off and I hit my stride easily. Thankfully I wasn't as nervous as I thought I might be. It's hard not to fly up to top speeds during that first 5 minutes when the Speedy Gonzaleses of the course blow by you at 5-minute-mile paces. But I controlled my tempo. Around the half mile mark, my friend Sheila tapped me on the shoulder and I grabbed her hand and said, "I'll stick with you!" I was suddenly overtaken by emotion, feeling so thankful to have a friend who could run my pace and keep me sane during those miles. Tears welled in my eyes.

Last year, those last two miles were lonely and painful. This year, I had friendly competition, company, and encouragement. "To God be the glory!" Sheila said.

We stuck together at a steady 7:40 pace throughout, despite some pain and a wave or two of nausea. We told each other it would be fine if either of us felt the need to slow down or speed up, separating.

Finally at the last half mile, I felt a burst of energy and took off ahead of Sheila, finishing just 16 seconds ahead of her.


I managed not to puke all over the place, as close as a call as it was during that final uphill climb. I couldn't push it out with a sprint at the end, because I wasn't willing to barf. Thankfully, and to God be the glory, I finished THREE SECONDS faster than last year's time!! It doesn't seem like much, but in the running world (and to me!) it's a victory nonetheless! My handsome husband finished spot on his goal time of 35 minutes, and the tears flowed as I saw him coming up State St. I ran up to meet him and then let him continue to the finish line on his own. He did a great job and hasn't suffered any serious pain or injury. He even stopped just before the end to help comfort one of the teens who had stopped to throw up. He is such a great guy.

It was fantastic to have my Grams and Chuck along with dear friends, Lou and Jeri at the second mile marker cheering us on! I love to see familiar faces when I race.

And then there was my momma, cheering like a pro at the finish line for every single runner. Yes, mom, you deserve a medal for "Best Cheerleader." Thanks to all three of you for coming out to support us on a rainy, chilly, early morning. Sheila and I both placed FIRST in our perspective age groups and were totally pumped about our wins!


In the complete Race Results, I discovered I finished 4th overall for females and Sheila came in 5th! I am so proud of us both and still SO THANKFUL for a running partner so matched with my tempo. God is good, even in these little things.

[My Husband Is] Adorably Hilarious

This is what I received for our fifth year wedding anniversary. I love him, I really do. And I love that he knows exactly what will make me laugh and what I will think is irresistibly adorable. *click on the image to view larger resolution (and actually read the words.) 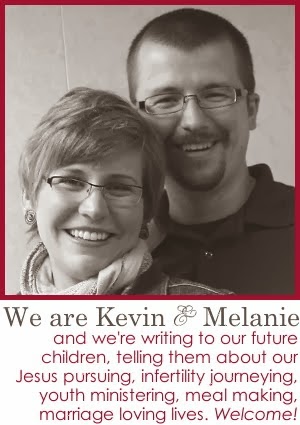